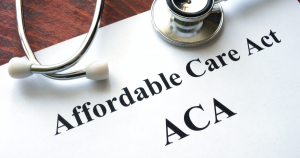 Becuase of the widespread interest concerning the Affordable Care Act (ACA), one would think that most American would be well informed about its current state. So is Obamacare gone? If so someone forgot to tell the IRS. According to research finding by the Henry J. Kaiser Family Foundation, 68% of American know ACA is still in effect. But 68% of the general public are not aware of the Individual Mandate repeal.

Is Obamacare Gone? Tell The IRS That

After five attempts to overhaul the current health care law, Republicans in Washington are involved in the sixth attempt that will be processed later this year. But for now, the ACA is here to stay….

On Tuesday, July 25th, 2017 Senate Majority Leader Mitch McConnell, and Republicans made their first efforts under the current administration to repeal and replace Obamacare. This effort raised the 51 votes needed to start the debate but fell short in the final Senate vote.

Nine Republican senators including conservative and moderators voted against the replacement plan. The proposed Senate bill allowed for a rollback on Medicaid expansion and capped spending budget, less comprehensive plans, and the elimination of the individual/employer mandate.

Republican Senators came together to revise the 2015 GOP bill that was previously vetoed by former President Barack Obama. This would have introduced an amendment to bar federal dollars for abortion fundings. A simple majority was needed to pass the bill, but seven Republican Senators voted the measure down.

The bill would have repealed many of the regulations set down by the Affordable Care Act without implementing an immediate replacement. The plan was to have the health care bill repealed in two years giving lawmakers additional time to pass a replacement act.

Three Republican Senators effectively squashed the last-ditch effort to repeal Obamacare as part of the budget process. With the party unable to push more sweeping legislation leadership crafted a “skinny” repeal plan that left much of the current Affordable Care Act in place. Medicaid and subsidies were to be left untouched, but this would have eliminated the individual/ employer mandate, and medical device tax.

On September 30th, 2017 the budget reconciliation expired blocking the GOP’s opportunity to overhaul the Affordable Care Act with just 50 voters. Senator Lindsey Graham of South Carolina and Bill Cassidy of Louisiana revised their former draft of the Republican plan to repeal and efficiently replace Obamacare. This would install additional funding provisions and regulatory change aimed at securing senators support.

This plan would have eliminated the following: Medicaid expansion, cost-sharing subsidies, tax credits, and the Individual/Employer Mandate.

On December 22nd President Trump signed the Tax Cuts and Jobs Act after the House passed the tax bill with a historical party-line vote. This tax reform bill reduces the federal budget deficit by approximately $318 billion by eliminating costs associated with the individual mandate. 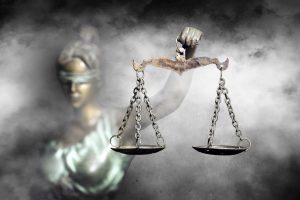 A coalition of twenty U.S. states sued the federal government over Obamacare. They claim the law is no longer constitutional following the repeal of the Individual Mandate. Leading the lawsuit is Texas Attorney General Ken Paxton in partnership with the Wisconsin Attorney General Brad Schimel. The case was filed Monday, February 26th, 2018 in the United States District Court Northern District of Texas Fort Worth Division. The complaint for declaratory and injunctive relief file as case number 4:18-cv-00167-O is a 33-page document stating the beliefs and understanding of the combined twenty states.

For more information on your ACA reporting and filing, obligations click here.

Despite the continued efforts to “repeal and replace” the Affordable Care Act, your business will still be required by law to offer health coverage and report required information returns.

While the road ahead might be rocky, ACAwise will continue to provide full-service ACA reporting and compliance. Getting started is easy, and, with volume-based pricing, you will get the best deal available! Get to know one of our knowledgeable product managers and learn how we can help you smoothly record your ACA compliance.